A Few Days in Burgundy

On Easter Sunday we left Gueugnon and headed towards Chateauneuf-en-Auxois, a small village a little over an hour to the north. But first we stopped at the ancient town of Autun. One of the most striking features of Autun is the large, magnificent church dominating the upper part of the town. We walked up to the top part of the town and spent some time viewing the church. 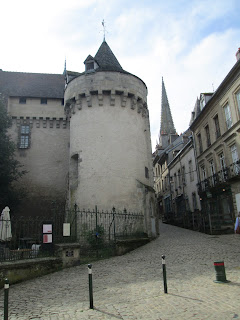 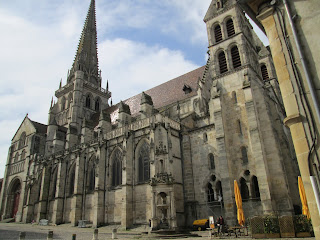 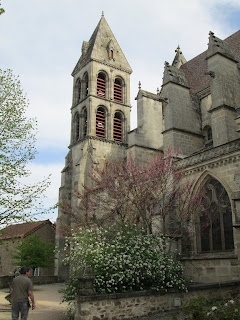 After leaving Autun we stopped in Sully and visited the spectacular Chateau de Sully.  The chateau is now owned and inhabited by the Scottish-born Duchesse of Magenta. As a young woman she met the chateau owner, a member of royalty, at a party in Vienna. They fell in love and were married shortly thereafter, and she went to live at the chateau. When her husband died several years ago, she continued to live in and maintain the chateau with help from her sister, and it was probably the Duchesse herself who was running the ticket counter and gift shop when we visited. 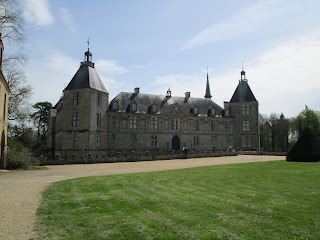 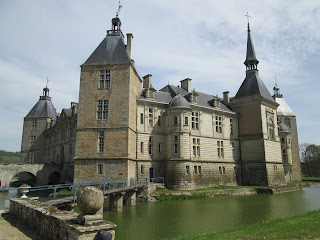 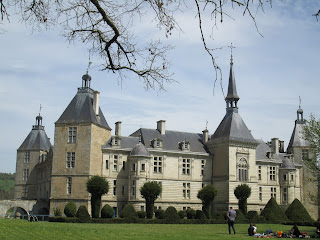 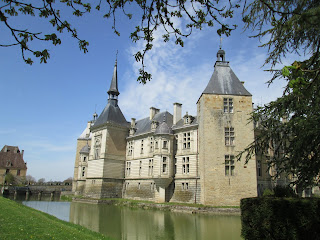 We then made the short drive to Chateauneuf-en-Auxois, where we were spending the next 2 nights. Chateauneuf is one of Les Plus Villages de France (Most Beautiful Villages of France), and definitely deserves that designation. We had briefly stopped here over 20 years ago after spying the massive chateau high on the hill above the road we were driving on, and had often talked about coming back. The village was certainly as beautiful as we remembered.

We spent the rest of the afternoon and evening wandering around Chateauneuf and visiting the chateau. The chateau was spectacular both on the inside and the outside.  When we visited here 20+ years ago we remembered how the village was swarming with cats. While there weren’t nearly as many as we remembered, we still ran into quite a few. The next night a restaurant owner said that feral cats used to run wild through Chateauneuf, but then several years ago a woman started to take care of feral cats and bring them to get neutered, so there aren’t nearly as many. 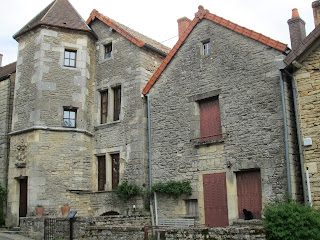 On Monday morning we drove north to visit some chateaus and villages. The first stop was Chateau de Bussy-Rabutin.  The chateau is now owned by the French government, but in the 1600's it was owned by Count Roger de Bussy-Rabutin, who was exiled to his chateau after ridiculing and exposing the misdeeds of fellow members of royalty. All in all, it probably wasn’t the worst place to be exiled to, and at least he kept his head. 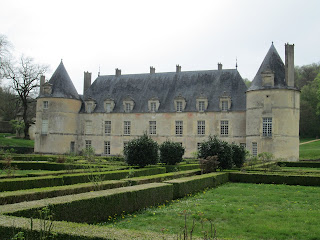 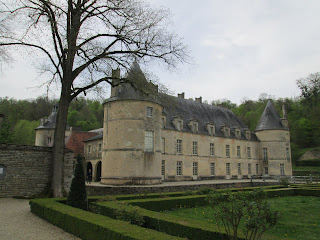 Our next stop was the village of Flavigny-sur-Ozerain, another of the Plus Beaux Villages. The village was beautiful, and an interesting feature was the Anis factory that has made little anise bonbons since 1561. Many years ago the company bought up the abbaye, and has made and sold their anise candies there, and now distributes them all over the world. We went into the museum and gift shop at the abbaye and bought several little packets of the candy. 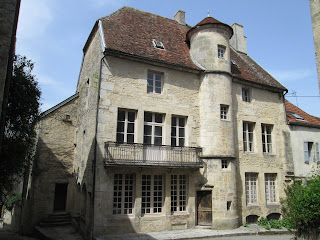 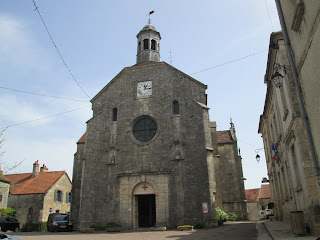 After leaving Flavigny we drove the Commarin to visit the Chateau de Commarin.  This time we got to visit the interior as well as the exterior of the chateau.  The most fascinating thing about Commarin is that it has been in the same family since 1214, having survived the Wars of Religion and the French Revolution, and the current owners live there. We toured one wing and part of another wing, and were told that the owners live in the center building and in part of one of the two wings. 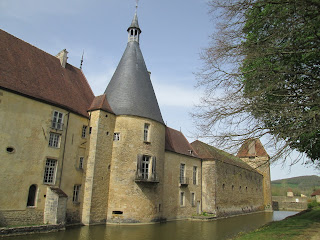 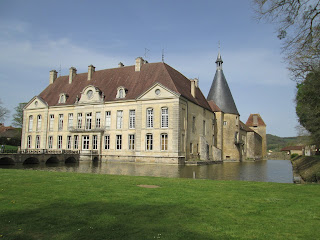 That night we had dinner at a restaurant in Chateauneuf that the owner of our bed and breakfast had recommended. She and her husband had gone to a big village birthday party there the night before, and she said the food there is very good. We figured her recommendation was probably good since she told us that the restaurant was owned by a couple who were originally from England, and for a French person to recommend a British-owned restaurant meant something. Dinner turned out to be excellent, and one of the owners told us a little of their background. They originally came to France to run a hotel canal barge, then opened a restaurant in Dijon, and eventually moved to Chateauneuf and bought a building that now houses their restaurant and their living quarters upstairs where they reside with 2 children, a dog, and a cat.
Posted by Bob Rossi at 1:33 PM