A Fall Weekend of Cheese, Goats, Wine and Ice Cream in Rural Maine

Columbus Day weekend is a big tourist weekend in rural Maine, both inland and along the coast, with leaf peeping, Fall events like pumpkin festivals and Oktoberfests, and Open Creamery Day on Sunday, where most of Maine’s cheese producers open their doors to the public. This year we drove up on Saturday to Ellsworth, in northeast coastal Maine about 3 hours from Portland, for an overnight stay in order to get an early start visiting cheese producers up that way the next morning.  But before heading to Ellsworth we stopped at Bailey’s Orchard in Whitefield for apple picking, one of our regular fall activities.  Bailey’s has been owned by the same family for 60 years, and raises over 50 varieties of apples.

After picking our share of apples, we headed towards Ellsworth.  As we were driving on Route 3, a high-speed road through rural Maine, we saw a roadside sign in the town of Liberty for “John's Ice Cream.” As we passed it I realized that this was the place a friend had been telling us about for years as having the best homemade ice cream in Maine, and in a flash I pulled into the next driveway and we made our way into John's parking lot.  The shop opens at 1 p.m., and I looked at my watch and saw that it was 1:01. So we had “lunch” at John's; 2 sccops each.  And my friend was right; it's the best ice cream shop in Maine, despite tough competition from Toot's in North Yarmouth. 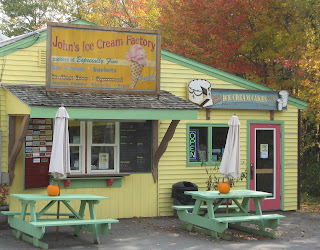 After leaving John’s Ice Cream we continued on towards Ellsworth, stopping to check in at the Twilite Motel, where we were spending the evening.  We then drove the short distance into downtown Ellsworth, where our first stop was Mortons Moo Homemade Ice Cream, which had gotten rave reviews on-line.  Although decent, it paled in comparison to John’s.  We then spent some time wandering around the charming downtown area of Ellsworth. 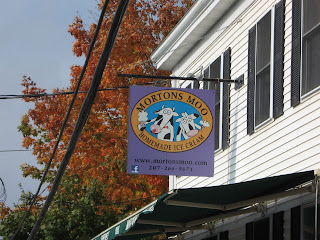 After spending a little time in downtown Ellsworth we drove to Mount Desert Island and through parts of Acadia National Park, stopping in the charming village of Southwest Harbor for a short stroll and a visit to Sawyer’s Specialties, a wonderful wine and cheese shop run by Scott Worcester.  After picking up a couple of bottles of wine there, we strolled down to the harbor, then drove down and around the western part of the island, winding our way back to Ellsworth.  We unpacked our car at the Twilite Motel, then headed to dinner at Cleonice in downtown Ellsworth.  Although it started to rain, we walked the three-quarters of a mile to the restaurant, where we had an excellent meal.  Cleonice specializes in Mediterranean-inspired cuisine, and has a superb wine list emphasizing Spain, Italy and France.  We had a bottle of the outstanding 2008 Petalos Bierzo, a wine made from the Mencia grape variety, which is grown principally to northwest Spain.  We also had a couple of glasses of the 2 featured wines from Greece: a white blend of Roditis and Viognier; and a smooth, flavorful red made from the indigenous grape varieties Mandilaria and Mavrotragano on the island of Santorini.  When we left Cleonice the rain had stopped, which made for a very pleasant walk back to the Twilite Motel. 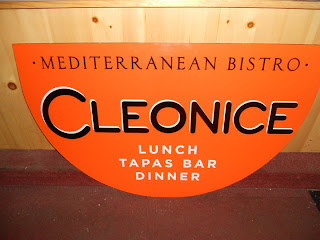 Sunday morning we headed out towards our first cheese producer, Seal Cove Farm in Lamoine, which is reached by turning off the main road shortly before crossing onto Mount Desert Island and Acadia.  We had been to Seal Cove a couple of years previously, and considered it to be the best goat cheese producer in Maine.  This follow-up visit certainly confirmed that; in fact, the cheeses rival those from the Loire Valley and Provence regions of France, where Barbara, the owner/cheesemaker, trained.  We spent about an hour and a half touring the farm and tasting the cheeses, guided by Barbara, her sidekick Lynn, and several apprentices.  Of course, the real stars of the show were the producers of the raw material from which he cheeses are made: the goats.  A few pigs and turkeys are also raised at the farm, and they also recently had a beautiful stone pizza oven built, which they plan to put into full operation next year. 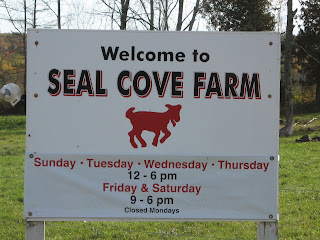 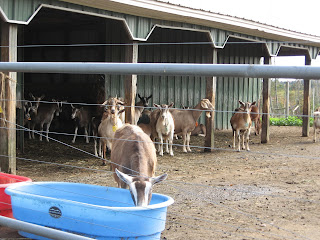 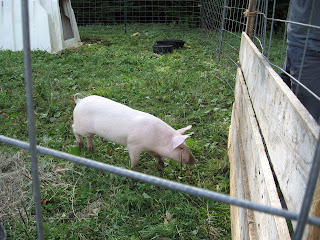 After visiting Seal Cove, we left coastal Maine and drove inland to Unity to stop at South Paw Farm/Fuzzy Udder Creamery.  While South Paw Farm has been around for awhile, they only started making cheese last Winter, under the Fuzzy Udder name, under the guidance of Jessie Dowling, who formerly worked as an assistant cheesemaker at Appleton Creamery.  At the moment the creamery is making sheep and cow milk cheeses of various styles and ages, utilizing milk bought from nearby farms.  However, the farm raises goats, sheep and cows of their own, and plans to start making goat, sheep and cow milk cheeses from their own milk next year.  Jessie and Cassie showed us around the creamery and provided a number of cheeses for tasting.  As was the case at Seal Cove, we left Fuzzy Udder with several cheeses, and also spent some time with the star attractions. 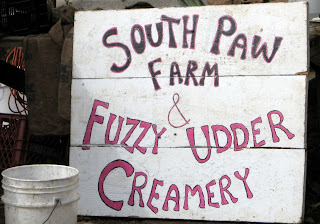 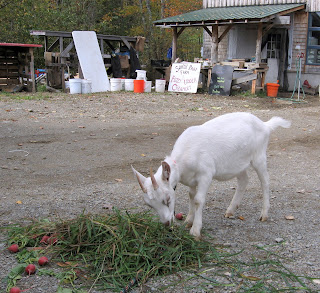 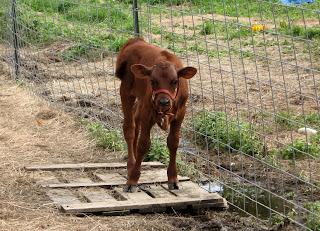 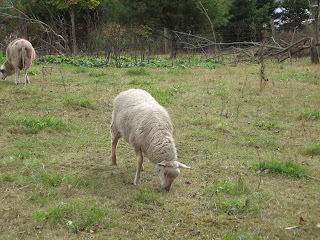 We then headed back to make the long drive home, with a few stops along the way, including a wine tasting at Savage Oaks Vineyards, a tasting of a Calvados-like aged apple brandy at Sweetgrass Farm Winery and Distillery in Union (which specializes in spirits such as Back River Gin), and a stop at one of the best farm stands anywhere, Beth’s Farm Market in Warren.  At each stop our car’s trunk got fuller and fuller, so we finally headed home before we ran out of space. 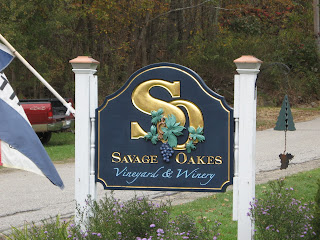