The End of the Trip

We’re now home in the U.S. I had thought that my post at the end of the week in Ornans would be the last one for this trip, but we made a couple of unplanned stops on our last full day when we drove from Ornans to Cremieu, where we had started our vacation, so I thought I’d write something brief with some photos.  The first stop was the village of Nans-sous-Sainte-Anne, which we knew nothing about, but as we drove through it it looked charming, so we stopped and took a walk around the village. The village contains the source of the Lizon River, and there is a shop in the village run by a milk and cheese producer named after that: Le Laiterie de la Source du Lizon.  We made a brief stop there and picked up some of their cheese. 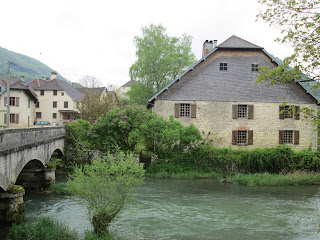 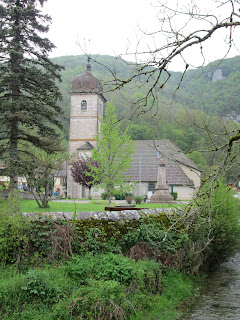 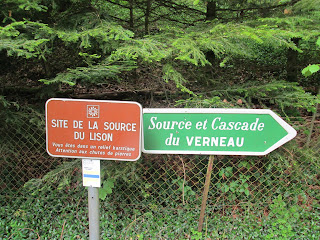 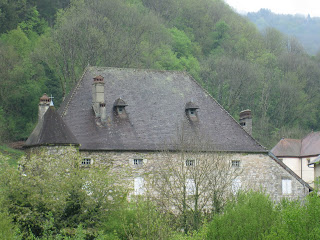 After leaving Nans-sous-Sainte-Anne we continued on towards Cremieu, driving through the Jura Departement. As we were driving through we saw a sign for the village of Chateau-Chalon, which is one of Les Plus Beaux Villages (Most Beautiful Villages) de France. We had visited there about 9 years ago when we stayed in that part of the Jura, and decided to make another stop, since we had plenty of time.  The village is high on a hill top, and not only does it have a Plus Beaux Village designation, but it has its own wine appellation, Chateau-Chalon, one of the appellations of the Jura region. 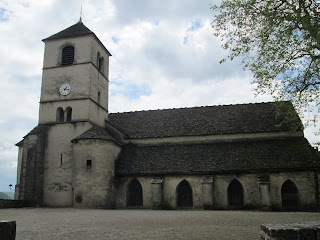 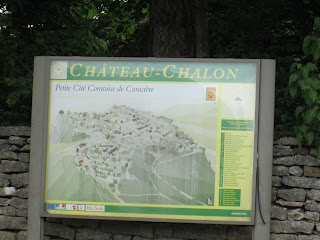 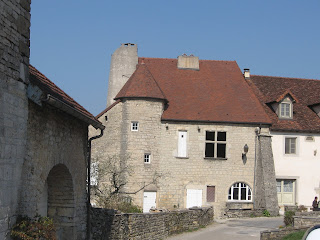 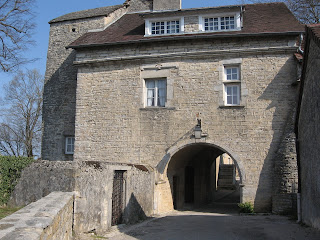 We then drove from Chateau-Chalon to Cremieu and checked into our AirBnB, where we had stayed last year. It’s a great place, and is right in the center of town. We took a walk around Cremieu and made another visit to the brew pub in town, Les Ursulines, which was bustling.  Before dinner we took another walk, and came upon a very friendly cat on a window sill. Unfortunately, the cat was in constant motion, and we couldn’t get any pictures that were in focus. We then went to dinner at Le Castor Gourmand, a restaurant that we had passed by many times but never ate at.  The meal was fantastic, with an excellent, but not pricey, wine list, and entertainment was provided by neighborhood cats who paraded by the window next to our table, presumably dining at the 4 little plates of food we had seen laid out for them next to the restaurant.

On Sunday morning, after breakfast we took a short walk to our favorite boulangerie in Cremieu and picked up some things for the trip home and for the next day’s breakfast. We then made the short drive to the Lyon airport to return our car and begin the journey home. It was uneventful, but long. By the time we finally arrived home it was 10 p.m. here, or 4 a.m. French time.
Posted by Bob Rossi at 1:21 PM